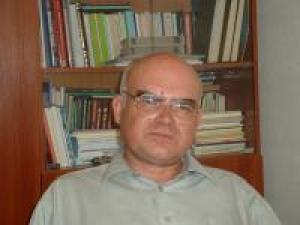 - Economy of enterprise (accreditation of the IVth level);

- Management of organizations (accreditation of the IVth level);

- Management of foreign economic activity (accreditation of the IVth level);

- Finances (accreditation of the IVth level);

1935 year. Engineering-economic faculty was created in Dnipropetrovsk Metallurgical Institute in the structure of Economy department and Industry department, organization and and political economy.

1938 year. There was the first engineers-economists graduation.

1943 year. Faculty staff worked in the evacuation on the base of Magnitogorsk and Novokyznetsk metallurgical institutes.

1944 year. There was renewed working of engineering-economic faculty in Dnipropetrovsk Metallurgical Institute after liberating the city from germane- fascist invaders.

1946 year. There was beginning of research works implementation after the orders of enterprises and Ministry of black metallurgy.

1948 year. There was first management textbook edition: Organization of production written by Glikmann.

1955 year. Postgraduate schools of economy, organizations and planning was opened.

1963 year. First of the generalization research results was published in monographs.

2000 year. Foundation of the next departments: Finances, Account and audit.

2002 year. There was accreditation of specialties Account and audit and Finances.

2002 year. Celebration of political economy teaching at the NMetAY.

2005 year. Accreditations of master's degree program specialties: Finances, Account and audit. There was opened postgraduate school after the specialty Finances, money and credit.

The Basic directions of scientific activity, heads, their coordinates

In NMetAU the basic scientific schools of different branches of science, including the Dnepropetrovsk scientific school of research of efficiency of metallurgical manufacture are determined. The school was based in 1946, it unites faculties of industrial economy, management, finance, account and audit, political economy and management of projects which are headed by professors: T.G.Ben, S.B, Dovbnya, D.E.Kozenkov, K.F.Kovalchuk, V.P.Savchuk, G.O. Korol, V.N.Tarasevich, V.V.Malij.

Directions of researches of school of an industrial economy faculty :

- The scientific-methodical substantiation of ecological-economic efficiency of investment projects, the basic production assets, uses of capacities in ferrous metallurgy;

- Methodical maintenance of an economic substantiation of reconstruction, modernisation of the enterprises with the purpose increasing of a technical and economic level of metallurgical manufacture;

- The economic substantiation of improvement directions of quality and improvement of pricing on production of metallurgical branch;

- Research of a market mechanism in the industry, problems of re-structuring of the enterprises;

- Development of methodical positions concerning with estimation, of analysis and planning of financial and economic condition of the enterprises;

Department of Accounting and Audit

Department of Philosophy and Political Sciences