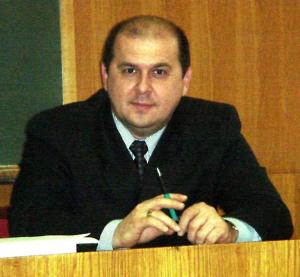 Modern directions of preparation of specialists (specialities and specializations).

A department conducts preparation of bachelors, specialists and master's degrees to direction 0502 Management on two specialities "Management of organizations" and "Management of foreign economic activity".

Under the direction of E.S.Glikman, B.P.Bel'gol'skiy, I.A. Medvedev, Kh.P.Zaytsev, E.M.Likhachev, A.I.Kotsyuba, A.A.Spasov, V.A.Ponomarenko, Yu.P.Sharov and other was executed researches on such directions as organization and planning of production in the basic and auxiliary workshops of metallurgical enterprises; organization, setting of norms and payment of labour; setting of norms of financial resources is in ferrous metallurgy; organization of repair economy, analysis and planning of unit cost in ferrous metallurgy, operative planning and management.

Presently priority directions scientific activity on a department it is been perfection of planning of activity of enterprises in the conditions of market economy, perfection of the system of acceptance of administrative decisions.

For years work of department with the vulture of Department of education of the USSR and Ukraine about 50 manuals were given out and train aids.

The results of researches of department were inculcated as instructions, norms, methods, methodical recommendations, ratified and given out former Ministry of ferrous metallurgy of Ukraine, and also used the employees of department at preparation more than 80 monographs and a few hundred scientific articles, printed in scientific magazines and collections.