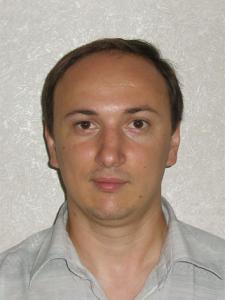 Born on January 8, 1984, in Dnipropetrovsk. In 2001 he graduated from high school 23, Dnepropetrovsk, and in the same year he entered the National Metallurgical Academy of Ukraine. In 2006, I finished it received a master's degree with honors, specializing in Non-Ferrous Metallurgy. From 2006 to 2009 he studied in graduate school with work being discontinued at the Department of nonferrous metals, National Metallurgical Academy of Ukraine. After finishing graduate school worked as a junior researcher of the laboratory of new metallurgical processes (PLNMP), part of the department of metallurgy of nonferrous metals, and since 2010. - assistant of the department.