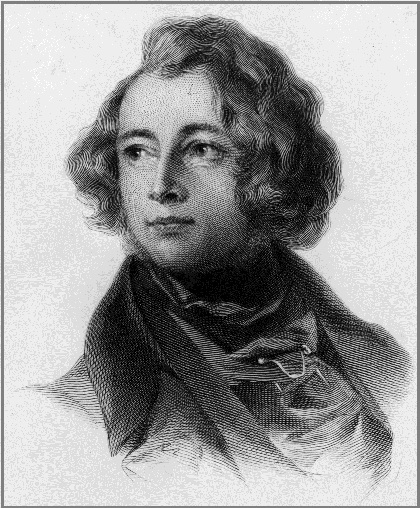 Not only LN Tolstoy, but also many of Dickens' contemporaries and those who came after him considered him a great writer.

What did you admire about Dickens? The gigantic power of creativity, expressed in the creation of a large-scale figurative world. The world is unusual and bizarre, but allows the reader to imagine the then society in all its aspects.

Charles Dickens was born on February 7, 1812 in Landport, on the outskirts of Portsmouth, in the family of an official in the financial department of the maritime department. Charles's father, John Dickens, was often transferred from city to city: Portsmouth - London - Chetham - London. 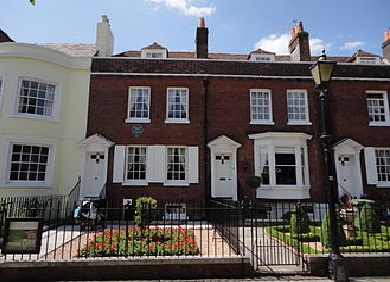 The house in Portsmouth where Dickens was born. Currently, the house-museum.

In Chetham, Dickens began to study at school, became interested in theater, and read a lot. But in London, everything has changed: difficult times have come for the family. Charles got a job at a wax factory. This period of life, associated with difficult and contradictory experiences, was reflected in his novels Oliver Twist, Nicholas Nickleby, Little Dorrit.

Later, Dickens worked as a clerk in a law firm, a court reporter. He mastered shorthand, studied French, knew Italian, worked successfully as a parliamentary and newspaper reporter, traveled a lot around the country, surveying the domestic, social and political life of England. 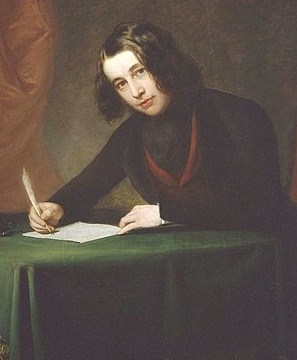 Dickens was prompted to choose the profession of a writer not only by the need to work, providing himself with material conditions of existence, but also by the need for civic activity. 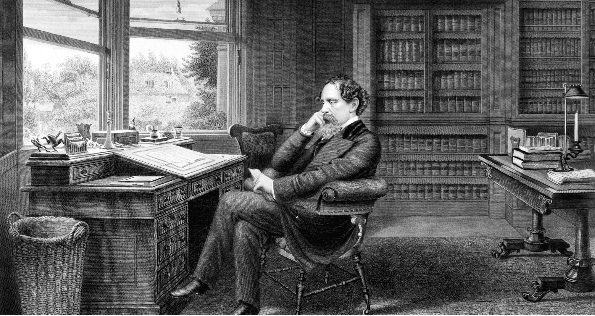 He was convinced of the high social purpose of art. Dickens wrote: "The stubborn struggle for truth in art is the joy and sorrow of all true ministers of art."

We invite everyone who wants to get acquainted with the work of the great writer Charles Dickens to the subscription of fiction, room. 417a. 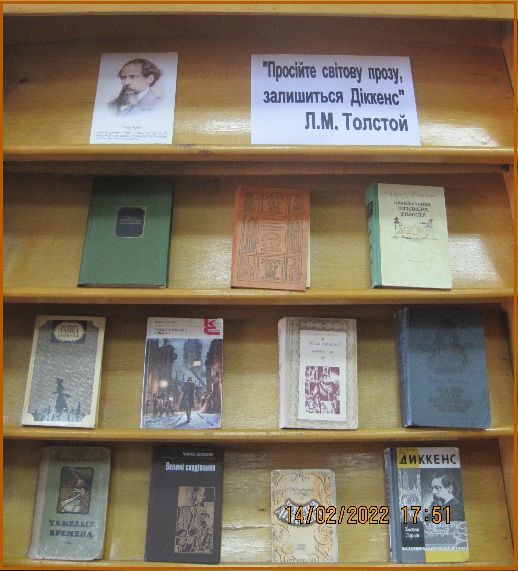 This is the writer's first novel. With humor, he describes the life and customs of contemporary English society.

“The Adventures of Oliver Twist” is the second novel by Charles Dickens and the first in English literature to feature a child as its protagonist. The author criticizes the workhouses and child labor, the indifference of the government to the involvement of children in criminal activities.

For the first time in the work of Dickens, the image of a factory town appears; the theme of poverty and wealth arises.

Dickens turned to the genre of the "Christmas story", chose the form of a Christmas tale, accessible to the widest audience. He wrote: "I believe and intend to inspire people to believe that there is beauty in the world."

“I take it upon myself to believe that the ability (or habit) to closely and carefully observe human characters is a rare ability”, Dickens wrote in the preface to the 2nd edition of “Dombey and Son”.

The virtuosity and depth of portrait and psychological characteristics, as well as the relevance of the contradiction noticed by the author between traditional family, universal values and the conditions of a society in which capital runs everything, convinces readers that Charles Dickens masterfully mastered this ability.

This novel was written in the last decade of Charles Dickens' life. He checks with special attention the depth and strength of the humane nature of man.

Shortly before his death (June 9, 1870), in a public speech, Charles Dickens stated: 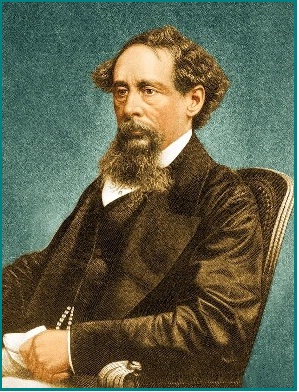 “My faith in the people who rule is, in general, negligible.

My faith in the people who are ruled, in general, is boundless”.