The library of NMetAU, as an obligatory structural unit of a higher educational institution, has been functioning since 1930. It was founded on the basis of the library of the metallurgical faculty of the mining institute after its transformation into a metallurgical institute. The first years of its existence, the library consisted of two parts - a daytime and evening library. Since 1932, the library employees were subordinate to the administrative deputy for the educational part, and employment was carried out in the direction of the labor exchange.

The library staff initially employed 15-17 people; since 1934, V.N. Zlatina (V.N. Ipatenkova). M.I. worked under her leadership. Gureeva, L.B. Umanskaya, E.V. Globinova (Kuul), M.A. Lipnitskaya, N.G. Bulavintseva, D.L. Sukhaya and others. With the development of the institute, an increase in the number of disciplines and textbooks for their provision, the composition of the library as the main supplier of methodological support expanded: the positions of bibliographer, classifier, cataloguer, librarian of II and I categories, and bookbinder appeared. The reading room of scientific workers began to work. In 1936, a diploma design office was opened, which was completed by V.N. Zlatina. 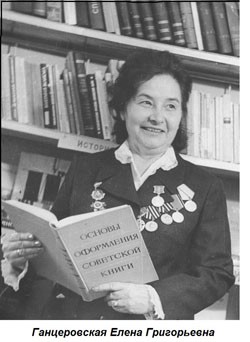 The organization of the work of the university libraries was carried out in accordance with the 1936 “Standard Regulations on the Library of a Higher Educational Institution”.

Since October 1940, the library council, organized by the library, has monthly considered issues of acquisition, library and bibliographic work. The council included: professors A.N. Pokhvisnev (chairman), A.P. Chekmarev and S.I. Telny, associate professors N.P. Kublanov, E.A. Danichek, K.F. Starodubov, I.V. Radchenko. As of 1941, there were about 300 thousand copies in the library's book fund. Almost all of them were destroyed as a result of the Nazi occupation.

The restoration of the fund began after the liberation of Dnepropetrovsk, assistance was provided by libraries throughout the country, and already in 1943 the library of the metallurgical institute began to serve readers again.

In the period from 1943 to 1946, the library was headed by Shevchenko E.P., from 1946 to 1952 - Umanskaya L.B.  Since 1952, E.G. Gantserovska became the head of the library, a participant in the hostilities of the Great Patriotic War, who was awarded two Orders of the Patriotic War, I and II degrees and other awards of the Motherland. Gantserovskaya Elena Grigorevna headed the library until 1988.

The next stage in the development of the library began in 1952. Thanks to state allocations, the supply of educational literature has increased. As a result, the book fund increased to 137325 copies, the responsibility for its safety fell on the shoulders of the library staff.

In the 60s, reference and bibliographic work was actively developed, information activities expanded. In particular, thematic reviews of literature, reader conferences held in the reading room of scientific literature and periodicals (CHZNL) were popular. 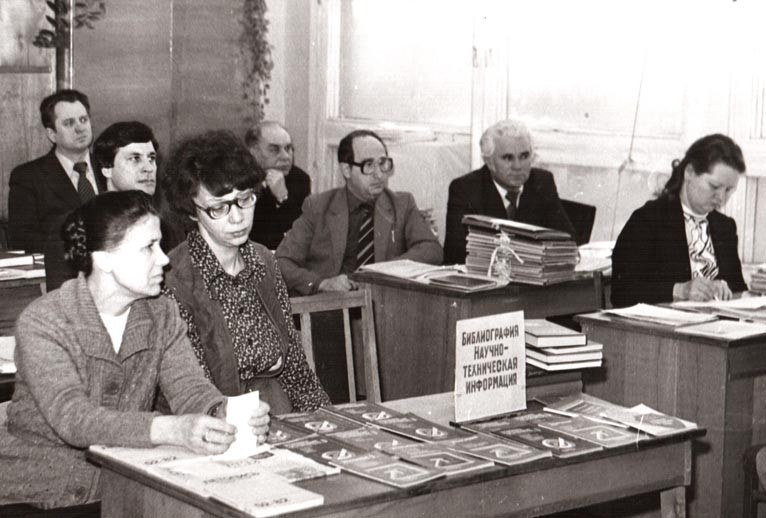 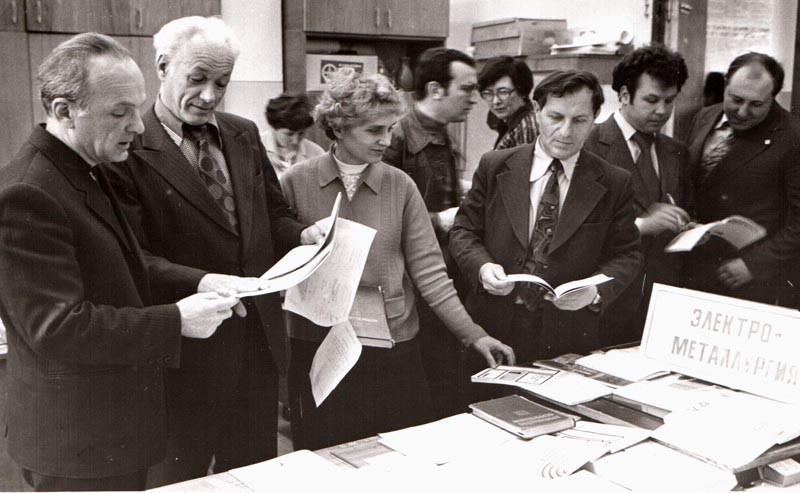 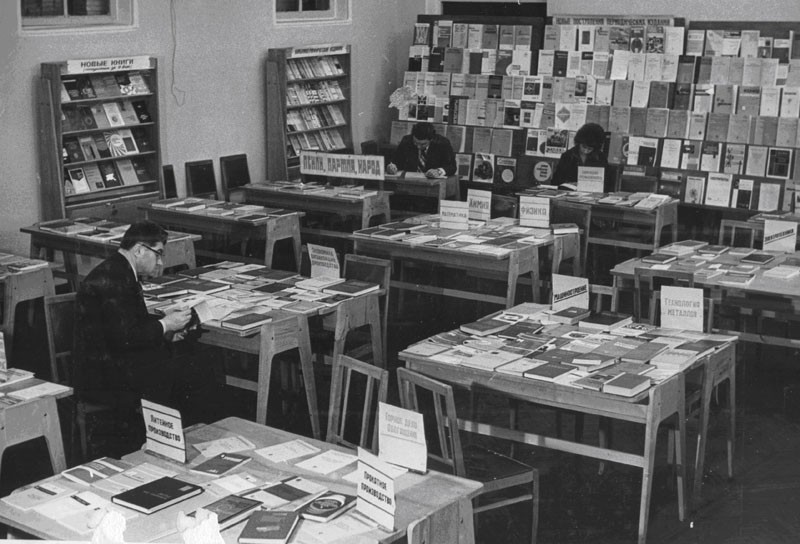 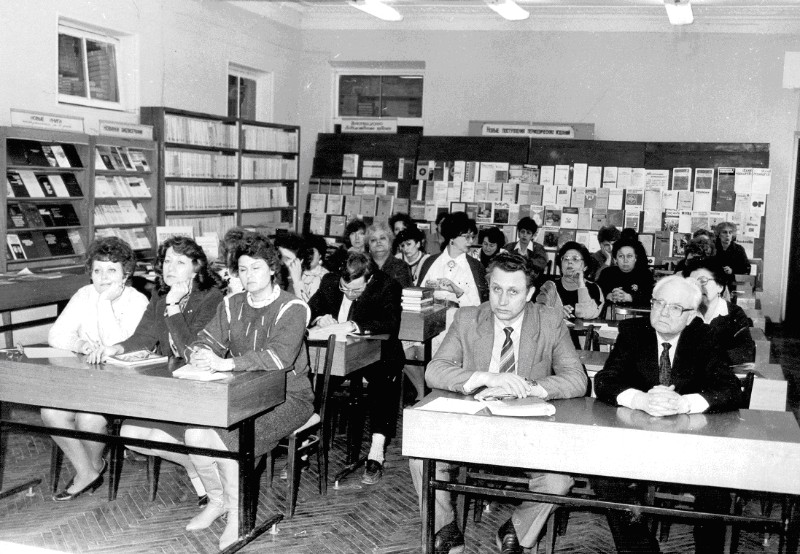 Since 1960, the bibliography department has introduced a bibliography course for 2nd and 3rd year students. In 1968, a new reading room of scientific literature and periodicals appeared, it was actively completed, including foreign periodicals (71 titles. Magazines from 9 countries). Over time, for the convenient placement of publications, it became necessary to expand the area of ​​the library, in connection with which in 1993 a new room of 340 m2 was provided to the educational literature subscription (AUL), and the vacated space was used for the full work of the scientific literature and periodicals subscription. 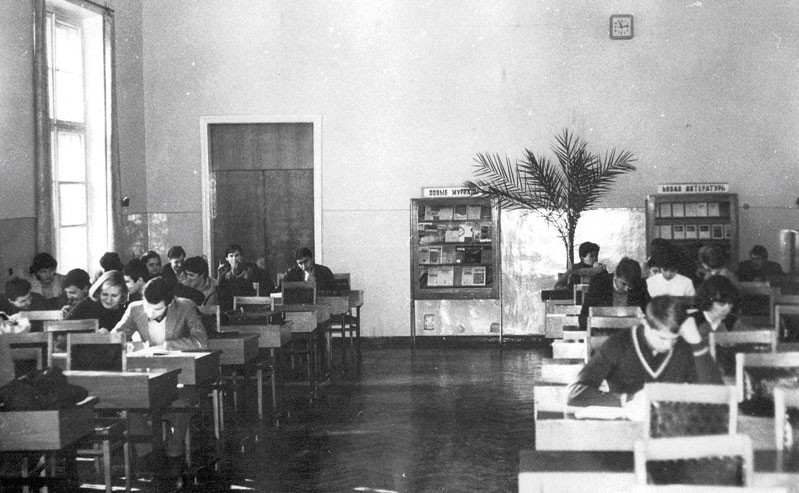 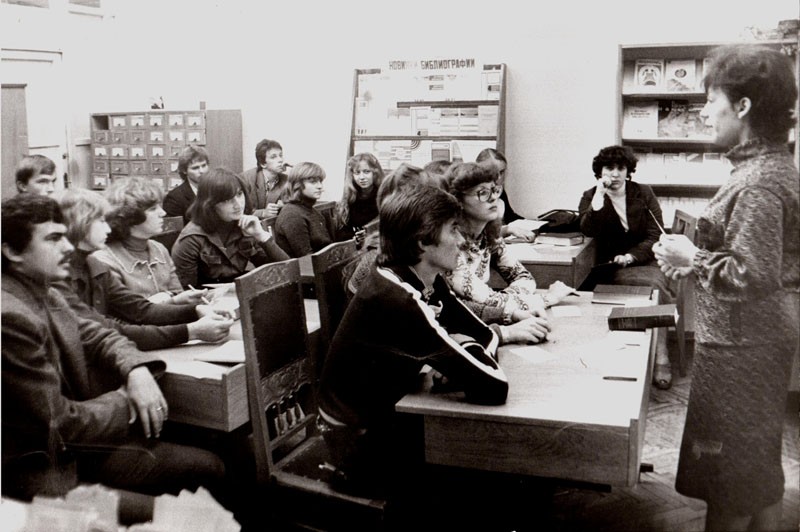 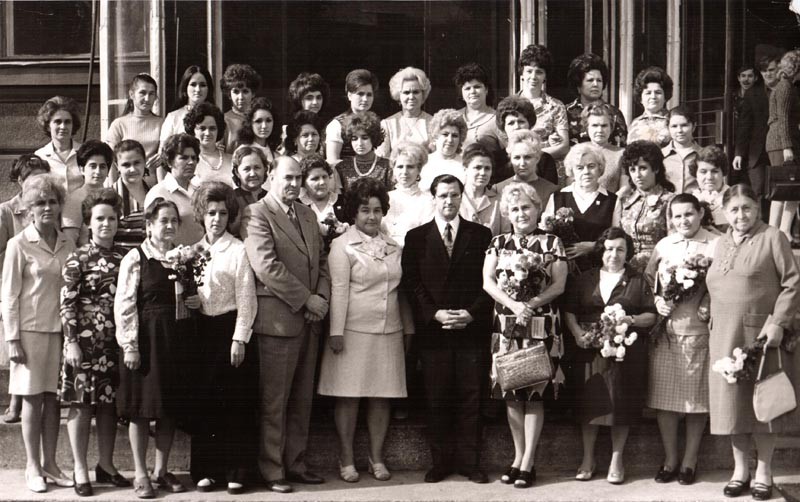 The library staff with the director E.G. Gantserovskaya (center). 1980 year 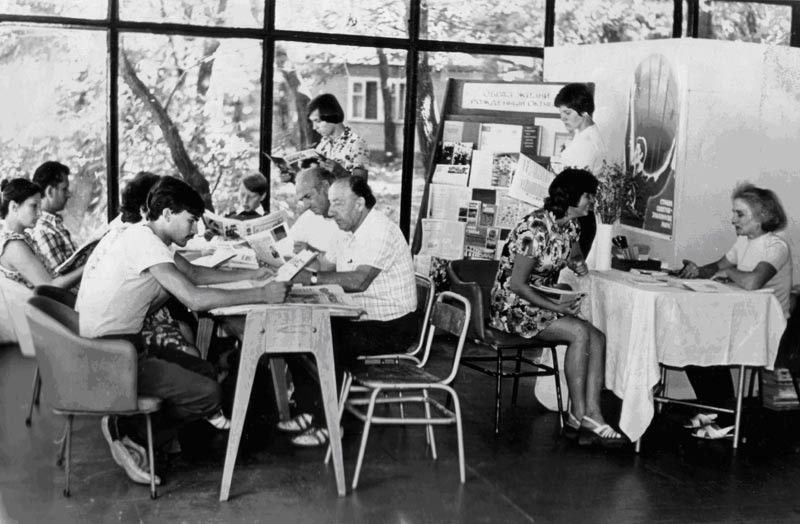 Library of the health and sports camp"Friendship".

The replenishment of the book fund continued in the 70s - 80s on average by 30 thousand copies annually. Since 1988, Svetlana Nikolaevna Fakhrutdinova became the director of the library. 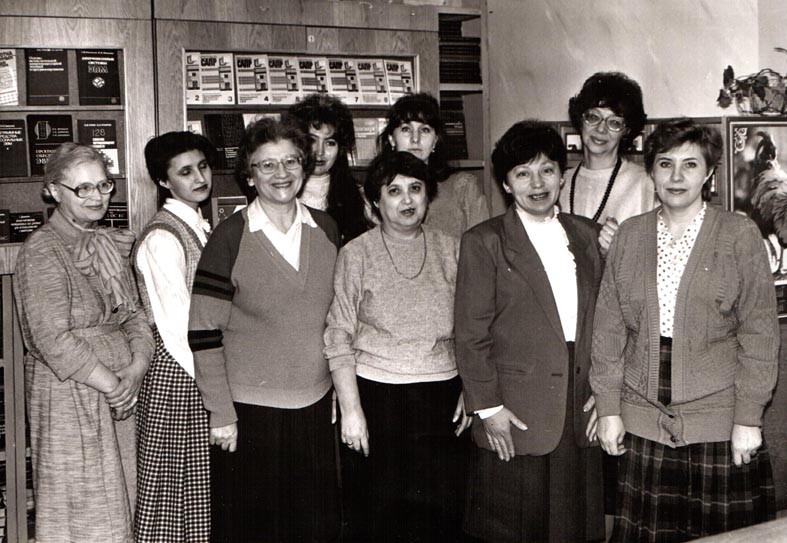 Since 2004, a mini-version of the integrated library information system "IRBIS" has been in operation, the creation of an electronic catalog continues.