Department of physical culture and sports 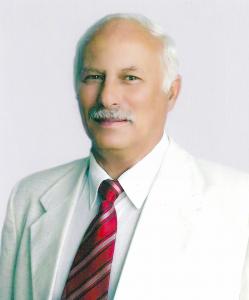 12 TEACHERS WORK AT THE DEPARTMENT:

THE DEPARTMENT HAS A MATERIAL BASE CONTAINING FROM:

3. The hall of struggle with the locker room, shower and toilet;

HISTORY OF THE DEPARTMENT

As an independent unit, the department emerged in 1948.

The first head of the Department of Physical Culture of the Academy, Vladimir Lvovich Levkovsky, a participant in the Great Patriotic War, was awarded orders and medals for his bravery, and headed the department from 1948 to 1970. In 1970, Valentin Vasilievich Mironets replaced him in this post. He led it until 1999. In 1988, for his great contribution to the development of the theoretical and methodological foundations of physical education in universities and the practical results of the HAC of the USSR, he was awarded the academic title of associate professor.

Zhbanov G. Honored trainer of Russia, champion of Russia (Greco-Roman wrestling);
LA Rodos, Honored Coach of Russia (football);
Vashevnik M.E. judge of the All-Union category (athletics);
Great SS the first master of sports in volleyball in Ukraine, the judge of the All-Union category (volleyball);
Shaposhnikova S.S. the first USSR champion in scuba diving, master of sports;
Morozov A.N. Honored trainer of Ukraine and the USSR in kayak rowing;
Zimin D.D. Honorary Master of Sports of the USSR, champion of the Games of Ukraine;
Akimova A.K. Candidate of Pedagogical Sciences.
Throughout its history, the department occupied one of the leading places among educational institutions of Ukraine and Dnepropetrovsk region in sports and physical training and health activities. In the period 1965-1985. NMetAU was the base university for the training of high-class athletes through the departments of sports perfection in basketball, athletics, Greco-Roman wrestling, and trampoline.

In the sports biography of the department, a special place belongs to the women's basketball team of the period 1965-1985. Under the leadership of the honored coach of Ukraine and the USSR, I.Eizizlin, the team was one of the strongest among the university colleges of the country.

Currently, the best sports teams of the Academy are teams in badminton, athletics, chess, tennis, boxing and other sports.

From 1999 to the present, the department is headed by Valery Anastasievich Khadzhinov. He has been working at the Academy since 1974, as a senior lecturer, in 1990 he defended his thesis and was awarded the degree of Candidate of Pedagogical Sciences, in 1992 he was awarded the title of Associate Professor of the Department of Physical Education. For significant achievements in the development and popularization of physical culture and sports in Ukraine, professionalism and achievement of high sports results, the Presidential Decree awarded the honorary title ”Honored Worker of Physical Culture and Sports of Ukraine”.

The department has a clear system of organization of educational and sports work, introduced methods of individual approach to students in the classroom, operational methods of monitoring and self-control of the physical condition of students, testing their physical fitness. The current curriculum provides, in addition to compulsory, also self-study of students in physical training.

The main directions of modern training of students is the formation of knowledge about physical culture and physical training of the student and the ability to implement them in the socio-professional, physical education and sports activities and family.

At different periods, the department developed various areas of scientific and educational activities: for example, from 1980 to 1988. Alla Kuzminichnaya Akimova, senior teacher of the department of special medical group, developed a method of vision correction for pupils and students with vision problems, which resulted in the defense of her doctoral dissertation in 1988.

From 1983 to 1990 Valery Anastasievich Hadzhinov, a senior teacher of the department, developed a method for monitoring and correcting the motor function of wrestlers of various qualifications, which was tested and put into practice by the national teams of the USSR and the Dnipropetrovsk region, which resulted in defending a PhD thesis in 1990 and was promoted to associate professor in 1992.

Head of the department Hadzhinovym VA 2 rationalization proposals have been registered, and also in collaboration with professors Vishnei VB and Tkachuk VG 3 USSR author's certificates 1553054, 1553055, 1577763 were received.

From 1996 to 2003 Lyudmila Vladimirovna Khripko, developed a technique for optimizing physical education in universities using computer technology, which resulted in defending a Ph.D. thesis in 2003 and was promoted to associate professor in 2005.

From 2005 to 2009 Chekmareva N.G. a methodology was developed for assessing and controlling the psychomotor abilities of a person and the possibilities of using them in the selection for representatives of various sports, which resulted in defending his Ph.D. thesis in 2009. In 2012 he was awarded the title of associate professor.

Today it is the best results among the departments of physical education at technical universities of the Dnipropetrovsk region in the direction of scientific research. Employees of the department have more than 100 scientific publications, also published 26 methodological developments, participated in the publication of one monograph, one manual with the signature of MESU, which are used in the educational process.

At present, the department examines the degree of effectiveness of physical education by analyzing the results of physical training of students.ACTIVITY OF THE DEPARTMENT IN THE FIELD OF PHYSICAL CULTURE AND SPORT

Famous athletes who graduated from the institute in different years were the first not only in sports, but also achieved high results in various types of professional activity:

Since 1999, the Department of Physical Education of the Academy is headed by Candidate of Pedagogical Sciences, Associate Professor, Honored Worker of Physical Culture of Ukraine V. Khadzhinov. The Department of Physical Education becomes one of the leaders of student sports in Dnipropetrovsk region, occupies one of the leading places among educational institutions of the Dnipropetrovsk region and Ukraine, repeatedly becomes a winner and a prize winner among the universities of the region in the Universiades in the comprehensive standings and training competitions of sports and mass work. In 2010, she was among the six best universities of Ukraine in the Republican Universiade in her group. During this period, students of the Academy achieve high sporting results in the international arena in the competitions of the highest rank become winners of the World Championships, Europe, European and World Championships among students. Five best - to repeated champions of the World and Europe Vadim Pikiner and Konstantin Demoretsky (kickboxing), Konstantin Yelansky and Marina Ignatieva (shotokan-karate), Yulia Shapoval (athletics) were awarded the title of Honored Master of Sports of Ukraine, Igor Kovalenko was awarded the title of the grandmaster. students completed the standard of the master of sports of international class and 94 standard of the master of sports of Ukraine In 2010-2011 Igor Rudenko (boxing) becomes the prize-winner of the European and World Championship among students, and the badminton academy team becomes the silver winner of the European championship among the strongest teams of universities consisting of international-class sports masters Ulitina Maria, Natalia Wojciech and Ukrainian sports masters Garist Sergey, Dmitry Katsaruba.

At all times, the team of teachers of the Department of Physical Education of the Academy occupies an active life position, carries out physical education during the academic process, as well as in the sports sections during extracurricular time, effective sports and fitness work in the Friendship sport camp; recently, great attention has been paid to the development of theoretical -methodical foundations of physical education in universities.

The Department of Physical Education effectively implements one of the main directions of modern preparation of students, the formation of a healthy lifestyle, including knowledge of physical culture and physical training and the ability to implement them in the socio-professional, physical culture and sports activities and family.The Department of Physical Education and the Academy Sports Club occupied and occupies high places in regional and Republican sports competitions and regional Universiades.

So the Academy Sports Club is the winner of the regional Universiade in 2001, the prize winner in 2003, 2007, 2009 and 2011 in the team event. According to the results of work in the competition-competition of sports work, the Academy repeatedly took first place in the city of Dnepropetrovsk and the Dnepropetrovsk region among universities of the III and IV accreditation levels.

In 2001, 2003, 2007, 2009 and 2011. According to the results of student participation in the Republican Universiades, she was among the ten strongest universities of Ukraine in her group.

In 2018, the Department of Physical Education and the Sports Club of the Academy conducted an active sports and mass work. NMetAU team teams from different sports took part in 37 city and regional competitions, 202 students competed in the selection of 118 prize places; In the official World and European Championships 5 took part, 6 awards were won, 12 awards were won in other international competitions, 95 people participated in All-Ukrainian competitions, 79 became winners and prize-winners.
During the reporting period 26 sports-mass events were held on the basis of the academy, in which over 1150 students and academics took part. Today, NMetAU teams of different sports are comprised of 279 people (20 teams). Faculties are an important link in the organization of youth policy at the academy in the field of humanities education and education. In the past academic year, the Spartakiada Academy of 9 kinds of sports was successfully winner, which became the team of the Faculty of Economics and Management.
An important component of self-government in the academy is the voluntary initiatives of student youth for preferences, where prevailing kinds of sports are held, among them the first-rate students of the first year, the championship of the academy, the championship among dormitories, as well as sports events, such as the Day of Athletics, International Day of Student Sports, City Liberation Day, Victory Day, traditional mini-soccer tournament dedicated to the memory of Honorary Rector Taran Yu.M. etc. Last year, the sports club and the faculty of physical education confirmed the high level of preparation of the national teams and became the winners of the regional university for the second year in a row among the ZOO in a complex score of 16 kinds of sports.
A number of athletes have achieved significant results in the national teams of Ukraine in international competitions. The best results were achieved: Ksenzov O., Ksenzov M. (GRA OA01-15) - The 1st place on the Cup of the World of kickboxing, Prudnikov D. (ME903m) became twice the European Champion in athletics (jump and jump in length) and silver Medal at the European Championship, Danilchenko V. (gr.KN01-12s) - II place in the European Championship in Weightlifting.
A number of athletes confirmed their high class at international tournaments - Maria Ulitina gr.KN01-13, Danylo Shevchenko gr.TZ01-18 (badminton), Rome Gordienko gr.IИ13-13, Kashchenko D. gr.TE01-17, Malishenko A. gr. .ME01-17, Chesak M. gr.TE01-15 (track and field athletics), Lysenko D. gr.KN01-16 (rock climbing). Participation in the 3rd Youth Olympic Games by taking student gr.ME01-17 Danylo Bosnyuk (badminton)
In the system of competitions for invasation among the weak-skinned, good results were shown by the members of the Ukrainian national team from Karate Novikov V. (gr.KN01-16s), Gubanova M. (gr.KN01-15s), Maslo K. (gr.EK01-15s), Pershaev O. (gr.KN01-18s), Pantushin M. (gr.KN01-18s) and others.

The Department of Physical Education continues in the summer period training, educational and recreational work in a health and sports camp. The high quality of the work of teachers of the department of physical education in the sports camp “Druzhba” made it possible to become winners and medalists in the regional competition of sports camps.

At all times, the staff of the department takes an active life position, takes an active part in organizing physical culture and sports events not only in the academy, but also in the work of sports federations for sports in the city, region and Ukraine.